The One-Day Workshop, which took place on Thursday, 23rd September, 2020, saw participants drawn from most Media Houses operating in the state, among other practitioners.

Participants were exposed to the structural functions of NEMA from the federal to the state and local government levels and their individual roles in disaster management. 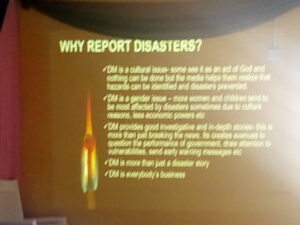 In the course of the training sessions, participants were made to know the roles journalists are expected to play in disaster management and how to remain safe in the course of covering disaster.

Presenters of papers at the workshop, Mr. James Mannok (a former Director of Press) and Mrs. Belinda Enoche Adokwu, (a Principal Planning Officer with NEMA), in their various presentations made Journalists to understand their responsibilities when reporting disaster. 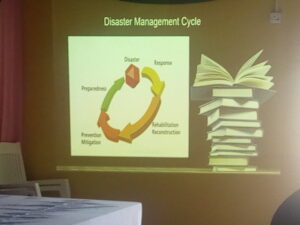 According to them, “Sensationalizing disaster by Journalists is dangerous to all, be it natural, human caused or complex”.

Earlier, in his opening remarks, the Zonal Coordinator of NEMA, North Central Zone, Mr. Eugene Louis Nyelong, who was represented said, “The training is to expose or share field experiences and chat an informed way forward for a professional management and reportage of disaster or emergency as the case may be”.

The guest at the training sessions was the Chairman of the NUJ Plateau State Council, Comrade Paul Jatau, who urged members to adhere to the training in order to protect lives and property.