Plateau State Governor, Simon Bako Lalong has asked the people of Plateau State to take advantage of the Anti-Land Grabbing Law signed early this year and seek redress over any land forcefully or illegally taken from them.

This is even as the Governor says he would soon inaugurate an Anti-land Grabbing Task Force, to also follow up on such complaints and ensure that, “justice prevails”. 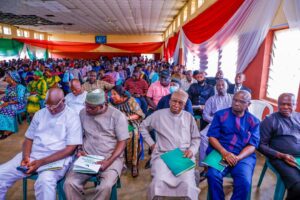 Governor Lalong was speaking at the inauguration of the new leadership of the Plateau Youth Council (PYC) at the Azi Nyako Youth Centre in Dadin Kowa Jos, where he charged the leadership of the youth body to work for greater peace and security of Plateau State.

Lalong decried the exploitation of the youths by some unscrupulous politicians, who would stop at nothing, to spread lies against his administration using such false narratives relating to land and other matters.

According to a press statement signed by, Dr. Makut Simon Macham, the Director of Press and Public Affairs to the Governor, dated 9th September, 2021, Governor Lalong said, “Contrary to this mischief, our Government is the first in the history of Plateau State and one of the few, if not the only one in Nigeria to sign Anti-land Grabbing Law, which we initiated as an Executive Bill. Till date, no one has either approached the Courts to lodge any complain of land grabbing or even sent a petition to me. Yet, you hear this narrative being spread like wildfire. 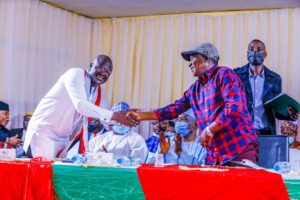 “Similarly, our efforts to end conflicts between farmers and farmers are being ignored and twisted for politics. We established the Peace Building Agency, which has conducted series of dialogue sessions across the State.

“In Bassa alone, there have been more than 34 sessions. We succeeded in bringing Berom and Fulani together in Barkin Ladi and they reached an agreement on how to live in peace”.

The Governor therefore charged the youths to shun being used by unpatriotic elements, who take joy in creating disharmony, and rancour in the State just to have political relevance. 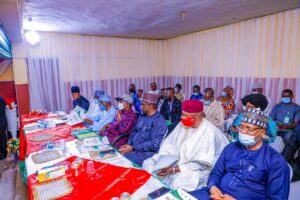 “I appeal to you to ignore and reject such character assassination ploys by those, who want to use you to achieve their selfish agenda. Beware of politicians, who do not have anything to offer to you except to cook up lies and pull down others under the guise of standing with the people.

“Let them tell you what they are bringing or have brought to the table when they were in office”, he said.

He congratulated the new leadership of the youths for their election and urged them to continue to support the Government as it works towards improving the lot of the youths and creating job opportunities.

New Chairman of the Plateau Youth Council, Comrade Lot Sunday Adas said, the youths in Plateau must rise up and show their readiness and commitment to pay any price, bear any burden, meet any hardship, support any friend, and oppose any foe, to assure the survival, progress and success of all citizens of the State, irrespective of their backgrounds. 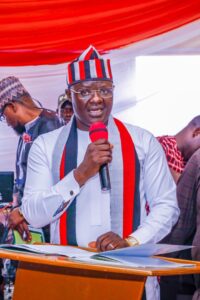 He also promised to work with the Government in ensuring that, “the youths get empowerment and job creation opportunities”.

Commissioner for Youths and Sports, Hon. Victor Lapang, the immediate PYC Chairman, Dr. Fabong Jemchang thanked the Governor for his youth-friendly disposition and asked him to continuously open doors of opportunities to the youths.

see other pictures from the event below:- 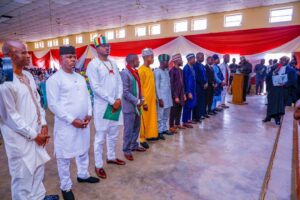 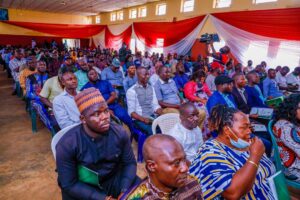 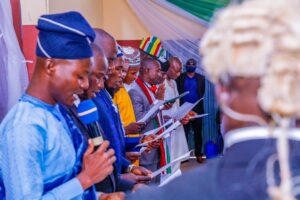 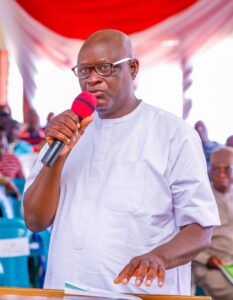 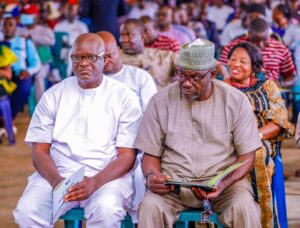 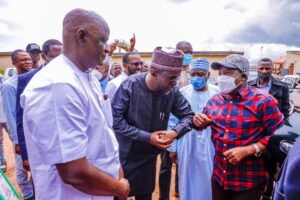 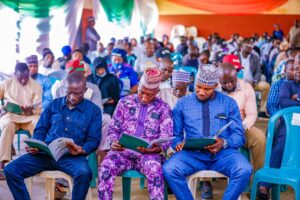 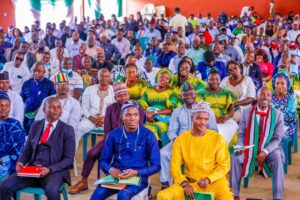