Plateau State Governor, Simon Bako Lalong has described the late Augustinian Catholic Priest Rev. Fr. Raymond Hickey, as a man whose love and passion for Nigeria and its people transcended the barriers of religion, ethnicity or socio-political attributes. 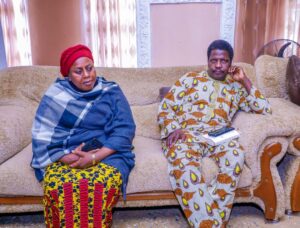 Governor Lalong, who eulogized the cleric during a condolence visit to the Augustinian Community at St. Monica’s Parish, Rantya, Jos, to commiserate with the Church over the demise of the Irish Priest said, “the deceased had deep faith in Nigeria’s unity, peace and progress and also held a huge reservoir of knowledge on the history of many challenges and successes of the country, particularly the Northern Region, where he spent about 60 years preaching the gospel”. 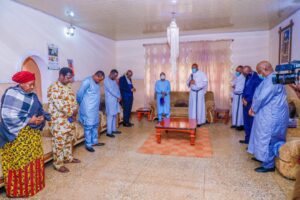 Adding that, “Indeed the death of Rev. Fr. Raymond Hickey is a great loss to the Catholic Church, as it has lost one of its committed Missionaries that devoted his life to the service of God and humanity. 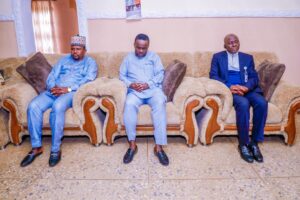 According to a Plateau State Government release by, Dr. Makut Simon Macham, the Director of Press and Public Affairs to the Governor of Plateau State, dated, 12th July, 2021, Rev. Fr. Raymond Hickey was born in Dublin, Ireland in 1936 and ordained a catholic priest in 1960 in Rome before being posted for missionary work to Nigeria. He came to Nigeria as a Catholic missionary and served in Borno and Yobe states for 28 years. Fr. Raymond has lived among the people of Zaladava of Pulka, the Karekare, Ngezim and Ngamo of Fika division, the Kanakuru and Bura of Shani. He also served in Bekaji, Jimeta/Yola, as well as Jos, Lagos and Mararabar Ngurku, outside Abuja. Untill his death, he was a priest of the Jos Diocese. 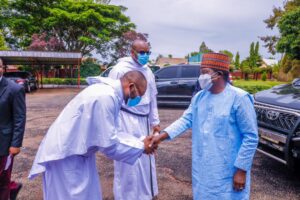 In all, Governor Lalong said that, “Fr. Raymond’s love for Nigeria enabled him to easily connect with her people at all levels, while working for the salvation of their souls, reconciling them to God and championing their rights. Little wonder, he has earned tremendous respect and variously described as a historian, researcher, conservator, an author, but above all, as a humble and dedicated Irish Augustinian priest”. 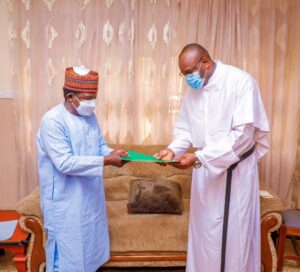 Responding, Rev. Fr. (Prof) Anthony Kanu, (OSA) the Prior Provincial, Order of St. Augustine, Province of Nigeria, thanked the Governor for commiserating with them and said the deceased had given the Augustinians in Nigeria a positive connecting identity through his great works across the country.

“He was a historian and the respect accorded him is also accorded us. We shall miss Fr. Raymond Hickey, we have actually enjoyed the fruit of his labour and the dividends are still with us.” He said. 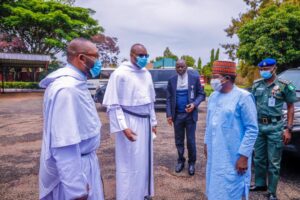 He expressed confidence that, Hickey’s works would be written in the annals of history, and will for the next 100 years, remain a valuable resource for anyone writing the history of Catholic Church in Northern Nigeria.