As part of the activities for the Grand Reception and Thanksgiving Mass in honour of the President, Court of Appeal Justice, Monica Dongban-Mensem, Plateau State Governor Simon Bako Lalong also hosted a golf kitty to mark the event.

Governor Lalong who performed the Tee-off at the Lamingo Golf Club in Jos alongside the Court of Appeal President and Captain of the Lamingo Golf Club, Hon. Joe Bukar, said, the game of golf presents an avenue for relaxation and fitness for people, especially, those who are involved in strenuous activities.

Lalong said golf has grown on the Plateau and has attracted more players, enthusiasts and tourists into the State especially with confidence and peace substantially restored by the Rescue Administration.

President of the Court of Appeal, Hon. Justice Monica Dongban while appreciating the Governor for hosting the golf kitty in her honour, also expressed her love for the game, which she said enhances not only the fitness of players, but also their mental capacity. 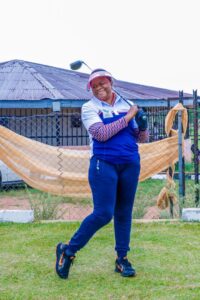 Justice Monica Dongban urged more people to consider the game of golf as part of their recreational activities, and also endeavour to keep fit which enhances healthy lifestyle and reduces illnesses.

According to a press statement signed by, Dr. Makut Simon Macham, the Director of Press and Public Affairs to the Governor of Plateau State, dated, 18th June, 2021, “after the game of kitty, prizes were awarded to winners by Governor Simon Lalong and the President, Court of Appeal, who were also honoured by the Lamingo Golf Club”.

Also in the week under review, the Management of one of the newly approved private Universities in Nigeria, Karl Kumm University (KKU) Vom, Plateau State, expressed deep appreciation to the Governor for his support to the realization of the dream of the University.

The Management Team led by the Chairman, Board of Trustees and Executive Secretary Tetfund Prof. Suleiman Elias Bogoro, were at the Government House Rayfield Jos along with, the Chairman Governing Board, Prof. Ochapa Onazi and COCIN President Rev. Dr. Dachollom Datiri. 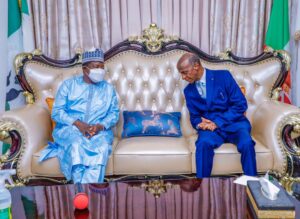 In his remarks during the visit, Bogoro said, the Governor played many roles on the scene and behind the scene to ensure the dream of the University comes to fruition after many years. 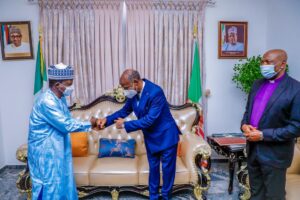 “He also interfaced at various times with the Federal Ministry of Education, the National Universities Commission and the Presidency towards the approval for the school”.

Adding that, “the approval of the University is a dream come true for the COCIN family as it has many years of experience in providing quality education for Nigerians, who have gone to make a mark in different fields both within and outside Nigeria”. 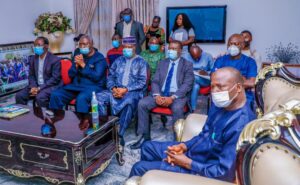 According to the statement, Governor Lalong, while welcoming the delegation said, “the establishment of Karl Kumm University is a great development for Plateau State as it deepens the rich educational history of the State, which has groomed many great minds that have made the nation proud”.

Adding that, “the Plateau State Government will continue to support KKU to take off and stabilize because it presents great opportunities for the growth and development of the State and Nigeria as a whole”.

The Governor said at the time when Nigeria is need of character reformation and education that, provides skills and innovation, KKU was well positioned to chart this course and raise leaders that will make Nigeria great. 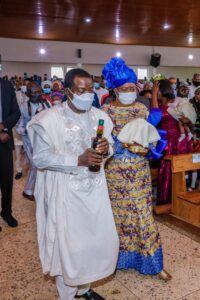 In another development, Governor Lalong and the good people of Plateau State, celebrated HON. JUSTICE DONGBAN-MENSEM, at the “NIGHT OF GLAMOUR”.

It was a night of glamour, entertainment and tributes as the activities marking the Thanksgiving Mass and Grand Reception in honour of the President, Court of Appeal Hon. Justice Monica Dongban-Mensem came to a climax with a dinner at the New Government House, Little Rayfield Jos. 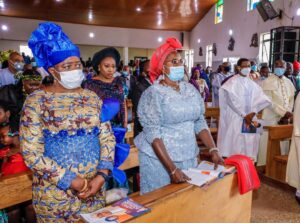 The grand reception organized by the Plateau State Government was preceded by a Thanksgiving Mass, which took place at the St. Monica’s Catholic Church in Rantiya, Jos.

According to the press statement signed by Dr. Makut, the event attended by the cream of the Legal profession from the Bench and the Bar featured the display of the rich cultural heritage of Plateau State, with performances of some exotic dances and displays by renowned cultural groups in the State. 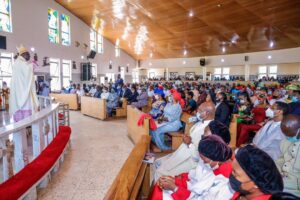 Governor Lalong, while speaking at the dinner said, the State Government decided to celebrate Hon. Justice Dongban-Mensem, not only because she is from Plateau State, but simply to demonstrate that charity really begins at home and also buttress that, her journey to the top started from the State. 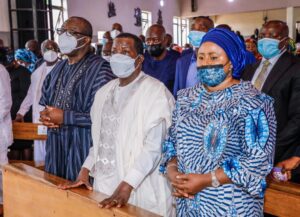 He said, “We also want her to know that we appreciate the enormity of the burden laid upon her shoulders in leading her colleagues at the Court of Appeal in the task of delivering justice and interpreting the laws of the land. Ours is to assure her that we shall continue to stand behind her and pray for her to discharge this duty with excellence and the fear of God”.

Lalong stated that he had no doubt that she will make her family, Plateau State, Nigeria and above all, God Almighty proud as many who have known her over the years attest to her passion for doing the right thing as well as disdain for cutting corners.