Governor Lalong, while reacting to the death of Gen. Dogonyaro said Plateau State and the nation have lost a patriotic and loyal Nigerian, who served with courage, dignity and selflessness.

He recalled the achievements of late Gen. Dogonyaro during his career in the Army where he held several command positions and accomplished his assignments with tremendous success. 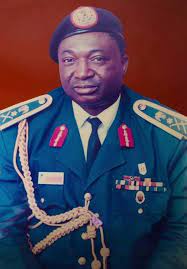 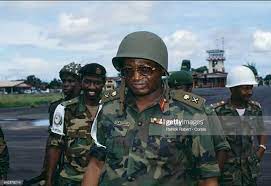 According to the Governor, “Plateau State has lost an elder statesman whose outstanding achievements in his military career brought a lot of pride and honour for the State. The commitment of the deceased towards the defence of Nigeria’s territorial integrity and well as ensuring its peace and unity stood him out as a soldier of repute whose professionalism continues to inspire many younger ones”.

Lalong also said his outstanding leadership in the course of Nigeria’s contributions to international peace keeping efforts, particularly, when he served as ECOMOG Field Commander in Liberia remains a reference point to the gallantry of the Nigerian Armed Forces.

Governor Lalong said Gen. Dogonyaro never hesitated to offer Plateau State and the nation his wealth of experience and knowledge particularly, towards tackling security challenges of insurgency, banditry, kidnapping and other crimes.

He expressed his condolences to the family and people of Plateau State over this sad loss.