Bauchi State Government said it has constituted a Committee that would look at all issues surrounding salary payments in the state with a view to providing a lasting solution.

The Chief of Staff to Government House Bauchi, Dr. Ladan Salihu, who made this known at a press briefing shortly after the meeting between Government and Labour leaders, at the Ramat House yesterday, noted that the Committee has one month within which to submit its report.

Salihu, who said that the Committee is going to be Chaired by the Deputy Governor of the state, Senator Baba Tela, assured that, issues relating to workers salaries would soon be over when the Committee completes its assignment.

The Chief of Staff said the meeting was Chaired by the Governor of the state, Bala Mohammed, adding that the committee also has the Secretary to the State Government (SSG), Alhaji Sabiu Baba as its Secretary.

He said, “a lot of issues were discussed, the agenda of the meeting has to do with the consultations that have been ongoing between the labour unions and the state government on issues and complaints brought by the labour unions”.

According to him, “the main complaints and demands of the labour unions has to do with issues of salaries, the challenges, the constraints, the limitations, the infractions and all the negativities that have been going around, especially in the media”.

Dr. Salihu said that, the other issue raised by the Labour Unions has to do with promotions and advancement in public service and deductions that are made but were not seemingly remitted to the relevant quotas.

The Chief of Staff noted that, the Committee would also look at the salary regime for the state by coming up with a template for both the local government and the state. 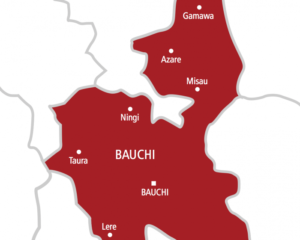 On their part, the Labour Unions said that their discussion with the government is centered on stability of monthly salaries of civil servants not consequential salary increase of the workforce.

The Bauchi state Chapter Chairman of the Nigeria Labour Congress (NLC), Comrade Danjuma Saleh who spoke on behalf of the Labour Unions, noted that, they are presently more concerned with stability of the nominal and pay rolls in the civil service.

He described the meeting between the Government and the labour union as a fruitful one because the union tabled all it’s grievances which the government promised to look into.

Comrade Sale hoped that with the committee constituted by the state government, issues surrounding salary payments and others will be put to rest once and for all.