Governor Simon Bako Lalong of Plateau State has disclosed that his administration has provided the necessary infrastructure and security in the state to support economic development and that the state is therefore set to enter into any Public-Private Partnership.

Governor Lalong made this disclosure and indication, when he visited the Ambassador of Denmark to Nigeria Jesper Kamp, at the Danish Embassy in Abuja. 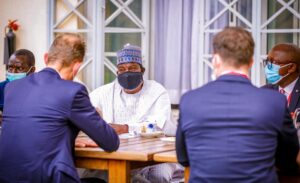 Governor Lalong, according to a Plateau State Government’s Press Statement, signed by, Dr. Makut Simon Macham, the Director of Press and Public Affairs to the Governor, dated, 18th March 2021, further told the Ambassador that, his visit was primarily to seek collaboration towards the revival of the Jos International Breweries (JIB) and Brewery Agro and Research Company (BARC FARMS).

“He said the State Government acquired BARC Farms, which was sold many years ago and still maintains majority shares in JIB, which it is ready to divest to core investors”. 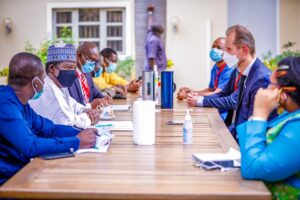 “He said the Government has also provided the basic infrastructure, security and incentives for investors, and is willing to go into public private partnerships where necessary to be able to achieve its objectives of boosting the economy of the State.

“He expressed excitement of the possibility of Danish companies keying into the National Livestock Transformation Program, which will soon be implemented in Plateau State on its reserves in Kanam and Wase Local Government Areas”. The release added. 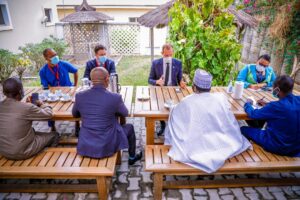 Ambassador Jesper Kamp, on his part, while reacting to the submissions of Governor Lalong, has expressed his country’s desire to work with Plateau State Government towards reviving the Jos International Breweries (JIB) and Brewery Agro and Research Company (BARC FARMS). The release stated.

The Danish envoy also gave the indication that, his Mission would work to facilitate the interface between Plateau State and Danish investors, who have a lot of experience in Agriculture, Brewery and Manufacturing among others.

“He said, since Danish investors were involved in setting up JIB and BARC Farms, which attained national and international business’ interest many years ago, there is a strong basis for his country to join hands with the Plateau State Government to revive the two companies for Job creation and employment”.

On livestock business and dairy production, the Ambassador said his country has enormous expertise in modern ranching practices, which it has already committed to share with Nigeria through an MOU that was signed between the two countries.

“He said his Mission is particularly interested in joining hands with the Plateau State Government, towards actualizing the National Livestock Transformation Program”. The Ambassador added.

The Governor was accompanied on the visit by the Managing Director of the Plateau Investment and Property Development Company, Mr. Chrysogonus Yilzak and some of his aides.