The former two term governor of Plateau State and Senator, who represented the good people of Plateau North Senatorial Zone, at the upper Chambers of the National Assembly, Sen. Jonah David Jang has said that, Nigeria is loaded with lots of Constitutional problems, inadequacies, lopsidedness and injustice. 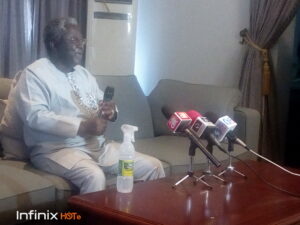 Sen. Jang, who had an interactive session with inquisitive Journalists at his residence in Plateau State yesterday, 18th January, 2020, said the biggest problem facing the country is “the 1999 Constitution (As Amended)”.

According to the Elder Statesman, the 1999 Constitution (As Amended), is problematic because, it gives some people undue advantage over the others.

He said, “The Military cannot create Constitution for a civil and democratic society. Such Constitution, as we have now cannot stand and no matter the Amendments, it will not work!” 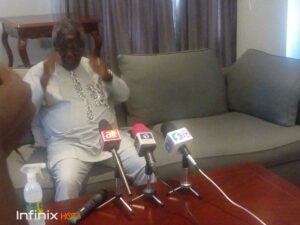 “The Government must allow people to deliberate, debate and discuss the issues and questions that have arisen out of the Constitution”.

Sen. Jonah Jang, who was with his former Attorney- General, Hon. Edward Pwajok (SAN), insisted that the Constitution is flawed, as it does not give the minorities in the country the opportunity to rise to the seat of the Presidency.

He said, “The zoning formula been adopted by political parties does not give minorities in the various zones, the opportunity rise to the seat of the Presidency and become Nigeria’s President, as the zoning only favours mainly, the majority ethnic and tribal groups in such zones.

“I therefore don’t support zoning. If you say you are zoning it to the North, you are simply saying the North-West, because, the North-West is the North.

“I will only support zoning if it includes the Middle-Belt as a zone”.