A Bill for the removal of the local government as a constitutionally-recognized and funded tier of government in Nigeria is being considered in the House of Representatives.

Sponsored by Mr. Solomon Bob (PDP, Rivers), the Bill was read for the first time on November 24, and due for second reading any time soon.

According to its explanatory memorandum, the “Bill seeks to remove Local Government as a tier of government in the Constitution of the Federal Republic of Nigeria and vest their creation, powers and funding exclusively in the state Houses of Assembly in accordance with the principle and practice of true federalism in a culturally diverse and territorially extensive country like Nigeria.”

Speaking when contacted, Bob said: “The Bill will go some good way towards fixing the many centripetal anomalies in the 1999 Constitution.”

He said that “a federal constitution evinces power-sharing only between two tiers of government— that is, the federated states and the central government.” 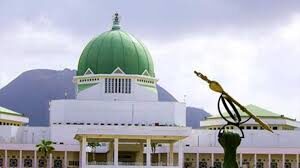 The House of Representatives member added that local government “are normally the babies of the federated states which are at liberty to create as many as they can fund based on their developmental goals or needs, and they’re not, and should not, be a subject for federal legislation.”

He also said a federal constitution creating and listing local governments “gives it an air of immutability as no new ones can realistically be created for obvious reasons, while also denying the necessary flexibility to drive development and performance at that level.”