A farewell service for the 2018 intending Christian pilgrims to Israel from Plateau state was held yesterday, 20th December, 2018 at the Church of Christ In all Nations (COCIN), with the Governor of Plateau state, Simon Bako Lalong, himself a pilgrim, urging the pilgrims who passed through the screening exercise to pray for Plateau state and Nigeria at large in the Holy Land.

Lalong, who congratulated all the successful pilgrims that scaled the rigorous screening process, said it was a way of saying thank you to all who have been supporting and seeing to the success of his administration. 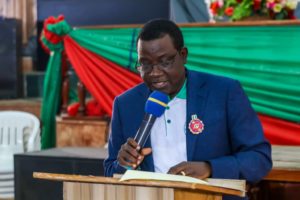 “I congratulate all the intending pilgrims for scaling the rigorous screening exercise and having been found worthy to be offered the opportunity to participate in this year’s pilgrimage. I, therefore, urge you to accept this in humility and give God the glory. You should also regard it as a token of government’s appreciation of your contributions to the success of our administration, hence you ought to reciprocate same in prayers. I urge you to take your prayer points along with you to the Holy Land to pray fervently for a peaceful and secure Plateau State and Nigeria. You should also commit the 2019 general elections to fervent prayers for divine intervention for the peaceful conduct of the elections and for the right candidates to win”, Lalong said. 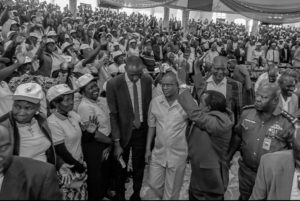 The Governor urged the intending pilgrims to be of good behavior that Plateau state pilgrims are known for, “Plateau State pilgrims have carved a niche for themselves and the state in the past for maintaining the best records in terms of good conduct while in the Holy Land. Having set such an enviable record, I expect nothing less this time around. There should be no compromises and any act to the contrary will be met with dire consequences. May those who go with unclear motives therefore witness the experience of Saul on his way to Damascus and be converted to soul winners for God’s Kingdom”. 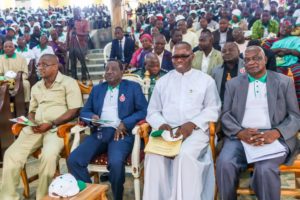 “I therefore urge you to go and exhibit exemplary conduct and consider yourselves as good ambassadors of Plateau State and Nigeria. You must strive to sustain and even surpass the standard of good conduct which we are known for.”

He went further to assure the pilgrims of his government’s commitment to ensuring that it provides an enabling environment to all in the state to practice their religion, “As a government, we will continue to provide the enabling environment for believers to practice their religion without let or hindrance. I must however sound a note of warning here, that government will not condone any acts of religious extremism, fundamentalism and hooliganism, which threaten the freedom of other believers to worship God in their own way”.