The heat for the 2023 Plateau State Governorship race in the Plateau State chapter of the All Progressives Congress (APC) has taken a new turn, with the ongoing maneuverings, permutations and plot to bring down the best ranked Governorship Aspirant in the chapter, Dr. Nentawe Yilwatda by the Plateau Indigenous Development Association (PIDAN).

Since the result of the poll organized by PIDAN was made public, several Aspirants have seen it as a reason to generate credibility for themselves in order to attract attention and hope for the coming governorship primary election of the chapter.

As a step, the public was wrongly informed that, Dr. Nentawe Yilwatda has been disqualified from the race by an unnamed person or authority, via the Social Media in order to distract the delegates’ attention.

This unholy effort has however, been thwarted by the State Executive of the party led by its State Chairman, Hon. Rufus Bature, who came out to debunk the rumour, as untrue.

Having failed, the next step they took was, to discredit the report of PIDAN, wherein, they were asking for the methodology PIDAN adopted to arrive at its result and report now made public.

In the same vein, they are querying and comparing the number of respondents of the different polls, despite PIDAN’s report, which was presented in percentiles and in the midst of the flow of respondents from the Northern and Central zones of the State.

To put paid to the efforts of PIDAN however, the opinion polls conducted by the Plateau Progressives Youth Network (PPYN) has ranked, Dr. Nentawe also, as the second best Governorship Aspirant in the APC and a runner up to, Dr. Patrick Sunday Dakum, who won with 16,718 votes to beat his closest rival, Dr. Nentawe Yilwatda with 14,953 votes on “THE MOST PREFERRED GOVERNORSHIP ASPIRANT”.

Despite the fact that, the poll of PPYN is not contested nor challenged, the credibility of PIDAN and its aim of conducting an Advisory Poll for political parties operating in the state and who are preparing to participate in the coming 2023 general election has been made very significant.

REALITY had reported that, PIDAN in its footnote to the report of the poll it conducted had stated that, the ranking is like a guide, advisory and for the benefit of the state and its people to enable the people have a better Plateau, where competent, politically influenced, exposed and strong persons from all weights of measurement should contest for the leadership seat.

PIDAN and its members also had emphasized that, since the alleged problems of Plateau has been pinned to leadership, its efforts is to enable the state conquer, overcome and surmount that factor in order to usher in a more better Plateau, come 2023 and onwards.

It is also a fact that, PIDAN has represented Plateau and its people at most fora especially, when the calling is to defend the state against internal or external aggressions.

PIDAN from all historical records since it came to existence has never shied away as a body to place responsibilities where they orderly should be. 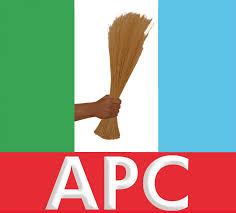 The body has also influence bills to become laws. Examples are the case of the Gender Equal Opportunity (GEO) and the Violence Against Persons Prohibition (VAPP) Laws of Plateau State recently signed by the Plateau State Governor, Rt. Hon. Simon Bako Lalong.

It is on some bases like the ones above that, Political Observers (Pundits) in Plateau State have given kudos to the body’s efforts in ranking the governorship Aspirants across the top political parties in plateau State.

According to pundits, the campaigns within the All Progressives Congress (APC) has been more centered on, who the state Governor’s preference would be rather than, campaigning and convincing the delegates and electorates. Pundits believe most of the Aspirants were simply acting their films and dramas to attract the C-in-C of the State rather than facing the reality of the contest ahead.

“This is why most of them are now crying of imposition, and creating unverified computer data for themselves, as they see the report and result of PIDAN on them. If they are not banking on the support of the Governor, why can’t they assess themselves from the field with their aides, side by side PIDAN’s report?” Steve Aluko-Daniel of CLO, had stated in a radio program with Unityfm in Jos, monitored by REALITY today.

For the records, Dr Nentawe Yilwatda was adjudged the people’s favourite when he came tops among 43 governorship Aspirants, scoring 70 per cent in the survey organized by the Plateau Initiative for Development and Advancement of the Natives (PIDAN).

Dr. Yilwatda scored a total of 193 in the survey across the political parties, making him number one of the people’s choice.