24 hours after attacks and killings in Jebu Miango, in Bassa local Government Area of Plateau State, indigenous residents in the area have started counting their loses.

Many have also started relocating from the area to join their families and relatives in other parts of the state owing to perceived lack of security. REALITY can authoritatively report.

Among the houses torched by the invaders with the last three days of attacks, killings and burning of houses is the Binta Orphange, which was housing over 150 children.

Although no life is said to have been lost in the orphanage attack, the entire structure was not spared. From the class rooms to the hostels for the children were all burnt down by the attackers.

While lamenting over the destruction and burning of Binta Orphanage, the State Coordinator of the Association of Orphanages Homes in Nigeria, Mr. Daniel Asama said, “This is not only callous, but insensitive and in human. I cannot just understand why a human being would go this far.

“You don’t just destroy peoples’ farmlands, but started destroying their homes and orphanages where orphan children live in. it is shameful and a shame to humanity. We have become animals! 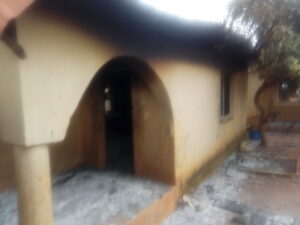 “Obviously, I should not be the one mentioning names here of the perpetrators. The victims saw the people, who did this destruction and havoc. It is expected that the security operatives should be able to tell the people of Jebu Bassa, Bassa Local Government, Plateau State and Nigeria at large who these attackers are. 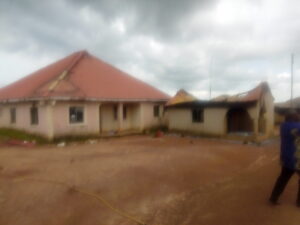 “Although they actually came at night with sporadic gun shots and nobody could see them properly, as peoples were scampering for safety and their lives, the fact is that, this is not the first time. It has been on and on!

“You would recall that, several of these forms of attacks in this area have been described as conflict between herders and farmers. But could this be one too?

“From the destruction we can see here at Binta Orphanage, one would have thought that the children have all been killed. Rather, they are saved today, because of the brilliant efforts of Mr. Choji Joshua Dickson, the Orphanage’s Coordinator, who took early warning signs serious and took steps to take the children out of the compound before the attack.

“This is not the first time he has been evacuating the children from the compound during such attacks in the past. We appreciate him! 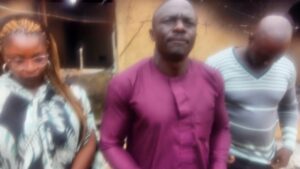 “I just feel our security agencies are overwhelmed, looking at the spate of destruction and burning in the area. However, my happiness today is that, the children are in a safe place for now, pending when other decisions concerning them would be made and taken.

“Although I don’t have the exact statistics of the number of people killed in this three (3) days of attacks on Jebu Bassa, for Binta Orphanage, the property so far destroyed is worth, N200 Million, that has just been burnt down.

“The only approach I know to reach the Local, State and Federal Government is through the media, to tell them the effect(s) of these destruction and burning and the plight of the over 150 children now driven out of their comfort zone.

“On behalf of my people I want to inform the Government that, we are in a turmoil and helpless”.

On his part, while speaking in line with Mr. Osama, the Coordinator of TEM Orphanage  Mr. Choji Joshua Dickson said, “This is not the first time that they have experienced such attacks in the area. This attack started 5 days ago and continued day by day. They attackers have invaded several villages behind before coming to us last night.

We actually sensed the warning signs on Sunday hence, we had to evacuate the children from the compound, knowing very well that, the invaders/killers would never spare their lives.

“This is really unfortunate that, this is happening. We are also surprised that, up till this hour the State and Federal Governments are doing nothing about it!”