Some Human Rights Groups, namely: The Social Liberation Vanguard, Anambra Youths Progressive Forum and the Initiative for Human Development and Poverty Reduction, have expressed great concern over the rape of justice and abuse of human rights exercised by authorities of the Anambra State Government against some embattled Traditional Rulers in the state.

The groups, which hold the views that the Traditional Institution in Igboland is sacrosanct, expressed dismay over the threat of Traditional Rulers Rights, as the custodian of Customs and Traditions of their various communities, as well as, their inalienable rights as free citizens of the country to exercise their freedom of movement and association, as enshrined in the Nigerian Constitution.

In its letter to the Speaker of the Anambra State House of Assembly, signed by its convener, Nonso Oguno, the groups requested the House to revert to the status quo on the amended Traditional Rulers Law, 2007, within 30 days.

In a similar vein, the Anambra Youths Progressive Forum, through its Chairman Comrade Chika Nwosu and Chairman Advocacy and Human Rights Committee Raymond Chika Enenmoh also wrote to the Speaker of the Anambra State House of Assembly, demanding the State Assembly to revert the amended Traditional ruler Law 2007 to status quo within 30days.

According to the group, the Traditional Rulers sought for their 5% remuneration from Joint Local and State Government Accounts and consequently in pursuant to the above demand, went to the president.

This infuriated the Anambra State Government which suspended them.

Following the defiance of three Traditional Rulers out of the affected twelve to sign a letter of apology, their Certificates of recognition were withdrawn.

The group noted with regret that, “the Anambra State Government embarked on the amendment of the traditional rulers law of 2007 expunging clauses that gave rights to the State Assembly that represents the citizens views on their rights”.

It also noted that, Clauses 24 and 34 deal with validation or withdrawal of traditional rulers’ certificates which are retrospective and retrogressive.

Clause 34 centered on issues of remuneration and sources of funds for traditional rulers for which powers of half of the members of the house is no longer required for decision making in the amended 2007 law. 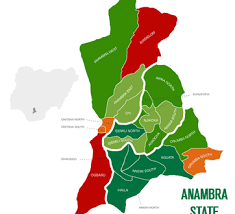 It summarized by saying that the executive in an autocratic manner emasculated the powers of the Anambra state house of assembly in a bid to weaken the traditional institution.

In another development, the initiative for Human Development and Poverty Reduction in its letter to the speaker signed by its President Obinna Okeke and co, also gave the State Assembly 30 days to revert to status quo on the amended Anambra Traditional Rulers Law 2007 within 30 days.

It noted that, the order of the State Assembly, Section 74 Paragraph one holds that every bill shall receive 3 readings prior to its passage which shall be in 3 different days, did not pass through due process.

It further observed that based on the irregularities, the order of the House in Section 82 Paragraph 3 empowers the State Assembly to reject the governor’s amendment to agree and override the governor’s veto, then the rejected bill becomes law if it is again passed by two third majority and signed by the clerk and speaker while the assent of the governor is not required.

The three aforementioned groups also wrote to the Registrar of the State High Court Awka Division for an expression of interest into the case between the Anambra State Government and the Traditional ruler of Nawfia Igwe Chijioke Nwankwo seeking that justice should prevail in the matter.