After several rude challenges by some citizens, who feel dissatisfied with the alleged “poor performance” of the administration of Governor Simon Bako Lalong in Plateau State, the administration has decided to take the Media and its practitioners operating in the state across the 17 Local Government Areas of the state, to see huge projects they have not seen and that have not been effectively reported. 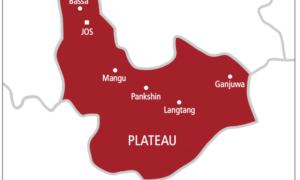 The State’s Ministry of Information led by its Commissioner of Information, Mr. Dan Manjang, the Office of the Director of Press and Public Affairs to the Governor, led by Dr. Makut Macham and the Department of Research, Planning and Documentation, Prof. John Wade, took Journalist in the state across the 17 LGAs, to see the ongoing and completed projects been embarked upon by the Governor.

The “Three Days Tour” kicked off in the Southern Zone of the state on Thursday, the 11th of February, 2021 followed by the Central on the 12th and the Northern Zones today, 13th February, 2021.

In the course of inspecting projects at the Central zone, the Plateau State Government has reassured  contractors handling its 22 Legacy Projects across the state of prompt payment toward timely completion of the projects. 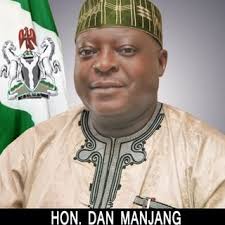 Mr. Dan Manjang, the Commissioner of Information, gave the assurance in Dengi, during a tour of the Legacy projects, comprising Mangu, Kanam, Kanke, Pankshin and Bokkos’ Local Governments.

The Commissioner, who was replying to a complaint raised by one of the contractors, one Salihu, who alleged that for the past three months he was not paid said, “We have the whole sum of N29 billion sourced for the 22 Legacy projects spread across the 17 LGAs of the state, and wouldn’t want to owe any contractor.”

Manjang further explained that, “Governor Lalong’s administration is very serious about completing all the legacy projects before the end of his tenure, and wouldn’t want any hiccup.

“So it’s not in our character to deny any contractor of any payment. We have the money very ready for the projects”.

The Commissioner however, used the opportunity to advise the contractor to go the Ministry of Works and lay his complaint and get his money without any delay.

At the Central Zone, projects inspected by Manjang, his Health Counterpart, Dr. Nimkong Lar, Director of Research, Planning and Documentation, Prof John Wade and a team of Journalists, were 10 in number.

At the Plateau State University, the Vice Chancellor, Prof. Azi, flanked by the former VC of the University, Prof. Wade, gave a vivid account of how Governor Lalong has assisted in attracting projects to the University, constructed and enabling the accreditation of several Courses.

Prof. Azi said, “One of the greatest achievements and contributions of Governor Lalong is his ability to influence the construction of our Senate Building. This is the first of its kind”.

You would recall that, REALITY had reported that, on Thursday, the 11th of February, 2021, the administration, leading other sets of Journalists, had also inspected other 14 projects at various stages of completion in the Southern Zone.

The touring crew first visited a Bridge Retention Construction at Dokan Kasuwa village in Qua’anpan Local Government Area. The bridge built for over 15years ago, links a 55km ongoing road construction along Dokan Tofa-Kwalla-Kurgwi road, which has a spur to Bwal village.

Another construction of 84km road from Marabar Demshin to Rargan villages through Kallong, Nyak and Angwan Rina villages all in Qua’anpan, has an eleven-span bridge, nearly 40% completed with 17 box culverts and 26 pipe culverts.

The Federal road funded by the State, links Ajikamai, Governor Lalong’s home town and a food processing plant – Gangnim Farm Center in Langtang South. It is expected to be completed in four months.

The Contractors have disclosed in the course of the inspection that, “Only 13km asphalt has been achieved since 2017 when it started”.

A near 20year-old bridge between Kallong and Shendam town, rebuilt after being washed off by floods in 2015 has been completed and put to use. Similarly, a road infrastructure from Langtang to Yelwan Shendam through Garkawa towns with a spur to Laling village is almost completing. The 70km road has over 40km asphalt and shoulder works completed.

Other capital projects ongoing in the college include rebuilding of student hostels, staff quarters and lecture halls. The projects when completed will attract more patronage, increasing revenue to the college and state, Mr. Patrick Brinmiap, the College Provost has disclosed.