There are strong indications that, Stakeholders in Jos-North/Bassa Federal Constituency of Plateau State are Planning to pass “ A Vote of No Confidence” on Hon. Haruna Maitala (Reps) the Lawmaker representing the Constituency at the Lower Chambers of the National Assembly, for alleged ineffective representation. REALITY gathered.

Stakeholders in this Constituency, who have been having nocturnal meetings in the past Four (4) months from REALITY investigation, are also planning to start a recall process soon in order to replace Haruna Maitala with a competent person.

You would recall that, few days ago, Youths of Toro Federal Constituency of Bauchi State have condemned in strong terms, what they called the ineffective representation of their Lawmaker at the National Assembly, Hon Umar Muda Lawal.

The Coordinators of the youths in the Constituency, Comrade, Abdulrahman Abdullahi and Garbage Mohammed had explained that, “the nonchalance, inaccessible, ineffective and non- participatory/consultative nature of the federal lawmaker has negatively impacted on Toro Constituency

In a statement /petition jointly signed by the leaders of concerned Toro Youths and made available to this medium in Jos, the youths stated that, they have decided to pass a “Vote of No Confidence” on the member representing them because of poor representation at the National Assembly.

Concerning the member representing Jos-North/Bassa Federal Constituency, REALITY gathered that, the grievances of the Stakeholders include, the inability of Hon. Haruna Maitala, to present himself physically to his constituents in months, his none contribution on the floor of the Green Chambers, his inability to present any Bill since he was sworn-in and his poor selective approach in handling problems in the Constituency.

REALITY gathered that, the stakeholders are also aggrieved in the way and manner in which he showed preference, while handling issues during the total lockdown of Plateau State aimed at controlling Covid-19. 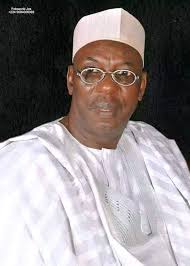 KEEP FAITH IN REALITY, AS WE SHALL CONTINUE TO BRING YOU THE DEVELOPMENTS!