There are huge concerns being raised by concerned Nigerian citizens, Nigerian Labour Congress (NLC) members and some Civil Society Organizations, over the long neglect of the Plateau State NLC for over 20 years.

The concerns being expressed are more related to the dilapidated state of the NLC Secretariat and the 20 years old bus that the NLC Plateau State has been managing, since the inception of democracy in 1999.

The vehicle from mechanical evaluation can hardly get to Abuja, based on the state it is. REALITY was told by a professional Mechanical Engineer, Engr. Sule Michael.

Although the state Chairman of the NLC, Comrade Eugene Manji and his Vice Chairman, comrade Sunday Ayodele Akinfolarin, have expressed their concerns and had lamented over the state of the vehicle in an exclusive interview with REALITY recently, the leaders of some CSOs in the State, Comrade Steve Aluko Daniel and Sam Pam, have also added their voices to it and have termed it, “a huge neglect for 20 years”.

However, not discouraged with what they met on ground after the handing over of the mantle of leadership, the NLC leadership in the state is looking for other means of generating revenue to lift the state NLC out of its financial dependence.

Comrade Eugene on this issue told REALITY that, “We are already looking for other means of generating revenue for the Congress by engaging and encouraging our members to go into farming among other legitimate businesses that would not in any way, affect their jobs or employment. 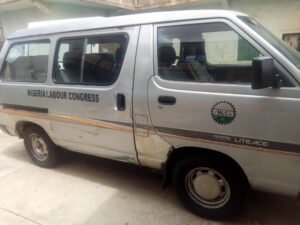 “It is our humble view that, despite the payments of salaries by the state government, it is not enough, as our needs and wants increase by the hour and by the day.

“The leadership is therefore looking for ways to convince the State Government led by, His Excellency, Rt. Hon. Simon Bako Lalong, to allow the NLC and its members, take hold, possess and use over 1000 hectares of the BARC Farm land recently acquired, for farming purposes.

“We have also started a campaign to educate members to use any available land around them to farm.

“It is our humble take that, through diligent farming, members would improve their revenue by the day and contribute selflessly to the development of the Congress in the state even when their salaries are not paid.” 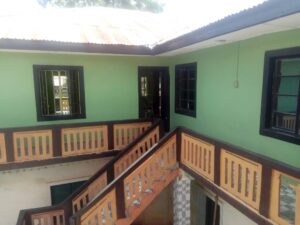 You would recall that, REALITY had reported that, One year after, the Nigerian Labour Congress (NLC) Plateau State Council is wearing a new look under the State Chairmanship of Comrade Eugene Manji and his Vice Chairman, Comrade Sunday Ayodele.

It is on record that, the last time the NLC Secretariat in Jos, Plateau State, received any form of renovation or attention was during the era of Sen. Joshua C. Dariye, then governor of the state. 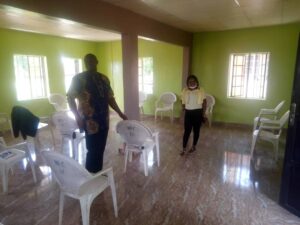 Apart from the main Conference Hall in the Secretariat, which is now wearing a modern standard look, the tiles and new ceilings deployed for its renovation draws attraction to the edifice from within and outside.

More also, the Secretary’s offices and documentation offices were not left out in the face lifting project.