Hon. Timothy Golu, the member, who represented the good people of Pankshin/Kanke/Kanam Federal Constituency at the Lower chamber of the National Assembly in the 8 Assembly has described a recent publication by an online media, credited to the Plateau State Deputy Chairman of the Peoples Democratic Party (PDP), Hon. Amos Gombi, as laughable and lamentable, as it directly showcases the ignorance of Hon. Gombi and the Journalist concerning the developments in the state chapter.

Hon. Golu, while reaction in a telephone call put across to him by REALITY concerning a publication titled: “You’re A Liar Sent From The Pit Of Hell To Scatter PDP, Plateau Deputy Chairman, Hon Amos Gombi Tells Hon Golu”, published by an online medium, said, as a journalist, it is expected that the tenses and events been reported by the journalist and his media house should be correlating and communicating, but these were missing in this story and that is why it has been ignored by many. 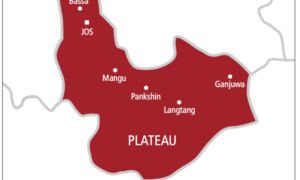 According to Golu, “I would not have reacted because the events in the report are not correlating. More so, the tenses, events and the history cited by the Journalist and his source, Hon. Gombi, were more horrible. I have read it severally yet, it is not communicating or attempting to make me to know the complaints they want to put forward or intend to tell the people of Kanke, Plateau and myself.

My first advice is for Hon. Amos Gombi, to take time to always choose a better source and platform to communicate to the public, especially, the sophisticated 21st Century people of Kanke LGA of Plateau State.

If you look into the content of the report, in a paragraph, the complaint allegedly made by Amos, is centered on the ongoing Chairmanship election (which one?), in another it is talking about screening (which one again, if I may ask), while in other paragraphs, the report is making complaints concerning stoppage of congresses.

The interview credited to Hon. Gombi by the online medium in part is herein reproduced unedited and it reads:

“The Plateau State Deputy Chairman of the People Democratic Party ,PDP ,,Hon Amos Goyol Gombi has blasted the former Member representing Pankshin ,Kanam and Kanke Federal Constituency at the federal House of Representative as the liar from the pit of hell who don’t have respect for the elders .

“Reacting to the information credited to Hon Timothy Golu on media, Gombi described him as the worst politician who refused to listen to the words of elders.

“Gombi reinterpreted that Golu was rejected by the electoral in Kanke Local Government for his conduct and misbehavior to the party faithful for his lack of regard of party men.

“He said, there was the suspension of Wards Congresses by Prof Gidado, so they are not aware of the new development conducting primaries.

“Anybody who believed Golu ,Golu has been a liar from the pit of hell ,Golu has been close to APC than I myself and Golu was rejected by the electoral.”

Reaction further on the content, Golu said, “You can see that, in another paragraph, the journalist while showcasing his ignorance of the developments in the PDP, was still discussing Ward Congresses among others.

“So, if they boycott the Congresses at the Ward and Local Government levels, does that not indicate that an exercise took place?

“Valentine, I will speak no further, when they correct these anomalies, I will effective respond and constructively too!”