The Senior Staff Association of Nigerian Universities (SSANU), Nnamdi Azikiwe University Branch, Awka , stormed the state government house on Friday in protest against the kidnap of one of its member, Engr. Emeka Chiaghana.

Though a peaceful protest, the protesters carried placards with various inscriptions bordering on the whereabouts of their member, who was said to have been kidnapped at his Nibo residence in Awka-South local government area of the state, on 25th October last year.

Chairperson of the association, Comrade Njideka Nwangwu, said the protest was necessitated by the abduction of her member Engr. Emeka Chiaghana by unknown persons.

She said, “Up till now we have not seen nor heard from him and his destination is neither known by his wife, family members and friends.

“By this peaceful protest, SSANU UNIZIK enjoins the government of Anambra state, security agencies, the university community and the general public to note this important development.”

Nwangwu noted that though SSANU is aware of the efforts of security agencies and Unizik management in trying to ensure the release of her member alive, she said the relevant authorities should expedite action for him to regain his freedom and join his family.

Responding on behalf of the state government, the Secretary to the State Government, Prof. Solo Chukwulobelu, assured members of SSANU UNIZIK that security agencies were on top of the issue.

Prof. Chukwulobelu also stated that the state government has not gone to bed on the matter and has been conducting investigations underground to nail his abductors and reunite him with his immediate family. 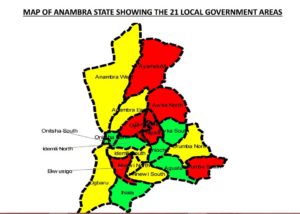 Also, the SSG disclosed that the state government has been feeding the Vice Chancellor, Prof. Charles Esimone, with the latest information regarding Engr. Chiaghana’s kidnap. He said the latest update on the issue was given to Prof. Esimone on 7th January, 2020.

He therefore urged the protesting senior staff of Unizik not to despair but to be strong in their faith as the state government and other security agencies would ensure that their colleague is released from captivity.

It would be recalled that, Engr. Emeka Chiaghana, a member of staff of the Management Information and Communication Technology Unit of Nnamdi Azikiwe University Awka, was abducted in his house at Nibo Awka-South on 25th October, 2019 and there have been no traces of him anywhere yet.