The Chairman of the Nigeria Union of Journalists (NUJ), Bauchi State Chapter, Comrade Mohammad  Mallam Goje has lamented that Nigerian journalists are the lowest salary earners compared to their counterparts across the world.

Mallam Goje disclosed this yesterday 30th of October, 2018, while fielding questions from students of the Mass Communication Department of the Abubakar Tatari Ali Polytechnic Bauchi, at a public lecture ‎organised to mark its “2018 Mass Communication Students Association (MACOSA) week”, at the 500 capacity seat auditorium of the institution.

He said plans are underway by the National body of NUJ to tender a proposed salary structure for all working journalists in the country to the National Assembly for consideration.

The Chairman who commended the Rector of the Polytechnic, Dr Mohammed Suleiman Lame for reforming the school, called on the students to justify the huge resources invested by government by focusing on their academic pursuit.

The guest speaker at the event, Mallam Zailani Bappah while speaking, frowned at the unhealthy attitude of some journalists who are in the habit of spreading fake news, as according to him the act is capable of creating hate, disaffection and conflict within the society.

In his remark, the Head of Department of Mass Communication ‎in the Polytechnic, Mallam Nazif Abba Pali thanked the guest speaker for taking time to honour the invitation and the knowledge impacted on the students. 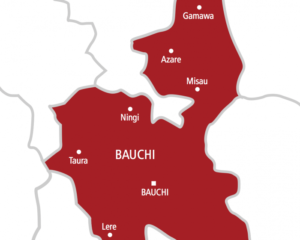 Mallam Nazif who said plans have already been concluded by the department to introduce an online media outlet into the polytechnic ‎maintained that with the selfless and untiring efforts of the Rector the feat would soon be realized.

He said the department was poised to producing high quality journalists who will respect the ethics of the profession in all its aspects.